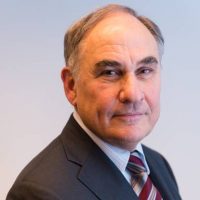 After having served from 1976 as a civil servant in various legal and policy positions at the Netherlands Ministry of Transport, Water Management and Public Works, he became professor of public international law and director of the Netherlands Institute for the Law of the Sea (NILOS) at Utrecht University in 1987. He retired from these positions in 2014.