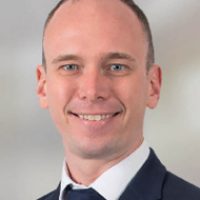 Mr. Nathan Eastwood is a Legal Officer (Regulatory Affairs) at the International Seabed Authority based in Kingston, Jamaica. His work includes advising the organs of the International Seabed Authority in the preparation of the draft regulations on exploitation of mineral resources in the Area and the accompanying standards and guidelines as well as compliance and other regulatory matters in respect of UNCLOS, the 1994 Agreement and the regulations for prospecting and exploration.

Mr. Eastwood is also Counsel at Clifford Chance in the International Arbitration and Public International Law practice. He specialises in claims against foreign governments under investment treaties and free trade agreements as well as law of the sea disputes. Nathan’s arbitration experience includes arbitrations under the ICSID, HKIAC, ICC, LCIA, SCC, SIAC and UNCITRAL Rules and he has appeared in matters before the International Court of Justice. He is recognised as an emerging leader in arbitration and won “Young ADR Practitioner of the Year” at the Australian ADR Awards; he was the winner of the International Bar Associations’ Dispute Resolution Scholarship and was named “Future Leader: LGBT Lawyer of the Year” at the 2020 Chambers Asia-Pacific Diversity & Inclusion Awards.